The advantage of high-pressure air curtains at a cold store is that an open view is created and thus a free passage for transport arises. Because of the many transportation in the passage a strip curtain or high-speed door is not an option. In addition, the cold store temperature is maintained by means of the AFIM IGLO®, in spite of a continuous open door for transport. For this reason the number of defrosting actions of the evaporators is greatly reduced which results in significant energy savings, in addition to the practical advantages.

In 2011 Spar Holding has had built a new distribution centre at the former site of Swanenberg IJzer Groep at business park Haven, adjacent to Haven Zeven, in Waalwijk, the Netherlands. In addition to a distribution centre of 23,000 m², Spar also moved its headquarters to Waalwijk. Construction company Aan de Stegge from Twello has built the entire complex. The construction involved an investment of around 25 million euros. The previous distribution centre in the municipality of Moerdijk (Zevenbergen) was too small, which caused operational inefficiencies.

The Spar Holding headquarters and the distribution centre employ a total of about 300 employees. Spar Holding has moved into the new building in Waalwijk in June 2011. 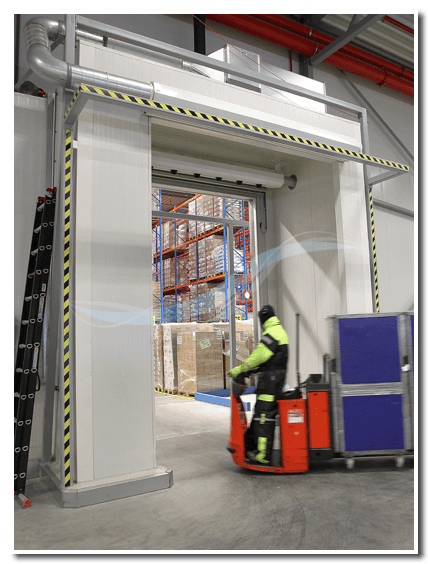